5th Annual Kick Up Your Boots 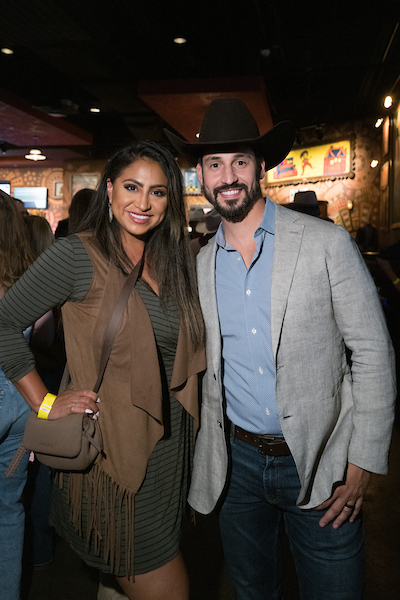 Dec My Room kicked up some boots Friday, September 30, 2022, hosting its 5th annual Kick Up Your Boots for Kids at the House of Blues Houston. Multi-platinum country artist, Joe Nichols, lit up the stage after a live auction that took in over $90,000 by some of Houston’s most generous supporters. Overall, the night brought in over $310,000 for the charity to create healing places at five local Houston hospitals and about 75 other hospitals around the country and internationally.

The evening was kicked off with local solo artist, David Lewis, who played an acoustic set while guests were treated to drinks and heavy appetizers. VIP guests were then invited to a private meet and greet with artist Nichols in the Foundation Room of the House of Blues.

Johnny ‘Bravo’ Holloway was the auctioneer of the evening and helped auction off 7 featured packages, including a date night package with a one-night stay at Hotel Zaza that also included earrings from Lugano Diamonds, a guitar signed on stage by Nichols that went for $7,000, dinner for 8 guests at Federal American Grill with a whiskey pairing that went for $10,000, while Federal owner Matt Brice, who was also in attendance, matched the earnings and donated another $10,000 himself. The live auction ended with a private 3-day management hunt at Sycamore Springs Ranch in Kerrville, Texas with Kendall Plank, donated by Susan and Mike Plank. The hunt sold three times for a total of $30,000.

Houston philanthropists and supporters among the 260 guests included Laurie and Tracy Krohn, Kristina Somerville, Denise and Monte Tinkham, Stacey and Al Lindseth, Brittney and Max Tribble and Founder and President of Dec My Room, Susan Plank with husband Mike.

Chairs Stacey and Al Lindseth and Tori Kuykendall hosted a pre-party Stock the Barrel event at Federal American Grill Hedwig to bring in remarkable wines and whiskeys that later became part of the silent auction for the night of Kick Up Your Boots for Kids.